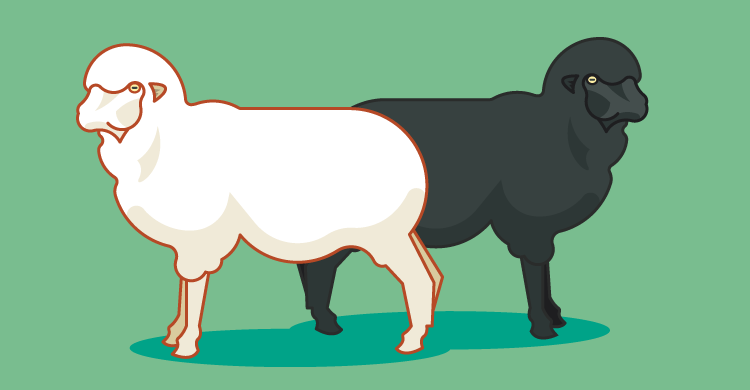 At the heart of the stickiness factor for the transfer of learning is its credibility in both the staff room with adult learners and- just as importantly- in the classroom of student learning. Transfer is often referred to as the applied sciences in instructional jargon, yet it is also the transfer of learning from any of the disciplines into real word applications. It parallels the mandates from 21st Century Partnerships Skills (2000), and the new national Common Core standards (2010).

While Madeline Hunter did discuss positive and negative transfer (1971), it was still a fairly uncommon topic to encounter in the educational journals and even more rare to talk about in real classrooms. Yet, in an attempt to clarify and amplify the urgency of bringing the transfer of learning into the classroom, “Transfer of Learning” by David Perkins and Gabriel Solomon (1985) offered an illuminating metaphor that makes perfect sense. Oddly enough, it does this by talking about Little Bo Peep, Lost sheep, education’s Black sheep and, of course, the shepherds.

At the beginning of Perkins and Solomon’s tale there was a dearth of information about transfer. They compared the dismal lack of evidence for transfer of learning to Little Bo Peep’s lost sheep. The learning will transfer when the time comes to use it. As leaders know when they see the nothing different happening in classrooms after a full day workshop for the teachers, this theory of “do nothing” does not actually work the way it was hypothesized, back in the day. Their premise about transfer, strongly held by scholars in the educational arena was simply, was “if one teaches well, transfer with follow.” Similar to the Little Bo Peep nursery rhyme, they held the belief that with student learning, if taught with integrity, one can just “leave them alone and they’ll come home, wagging their tails behind them”. Students will learn and they will automatically call upon that information, skill or concept, and use their learning when appropriate situations occur. Yet it doesn’t really work that way for many learners.

The Black Sheep of the Educational Family

Thus, the next phase in their story of transfer was simply referenced as the black sheep of the educational community. It was like the crazy aunt in the attic that no one talks about. It literally disappeared from the literature because, since no one understood transfer, it was best left alone and not discussed very much at all or at least not in any detail. Thus transfer, application and integrated use of learning were pretty much ignored and left on their own.

However some learners were able to transfer, and they demonstrated evidence of productive and useful applications of their academic learnings. Inventions emerged, creative novels were written, strategies and tactics proliferated in various civic events and the world managed to advance and move forward. Yet, that attention to transfer was destined to surface again, with the theoretical works of Perkins and Solomon that is the target theory of this blog.

In fact, as Perkins and Solomon elaborated on the sheep metaphor, they introduced the idea of the “good shepherd”. Based on their findings, when teachers pay explicit attention to transfer- when they push learners about how the learning is helpful and when and where they might use it- the learning seems to stay with the learner. When teachers honor the Good Shepherd Theory and keep an eye on the transfer and application as much as they do on the initial learning, transfer is more likely to occur.

Stay tuned for a handy guide on Seven Ways to Shepherd Transfer.

Joyce, B, and B Showers (1983) Power in Staff Development Through Research on Training. Alexandria, Va., Association for Supervision and Curriculum Development, 1983

Effective RTI in the classroom can seem overwhelming at times. As a current school leader, practitioner, and associate for Solution Tree, I am afforded the wonderful opportunity to work with educators, schools, and districts around the country. I am continually inspired by the commitment of the educators I work with and their sincere desire to improve. As I’ve visited schools and districts, I’ve noticed a common comment that occasionally arises while intervening in the classroom, which I’d like to refer to as the “if only” dilemma. END_OF_DOCUMENT_TOKEN_TO_BE_REPLACED