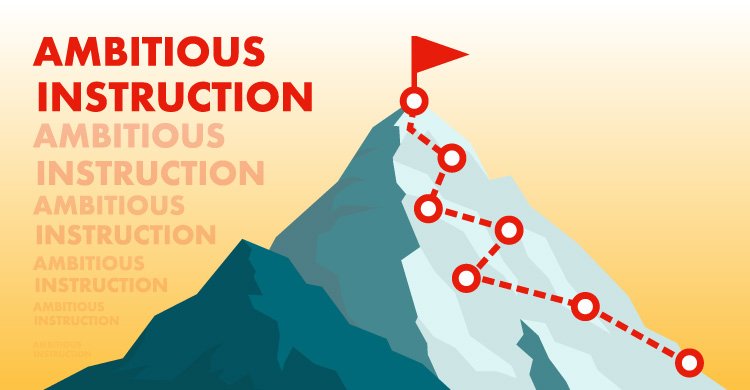 “Ambitious Instruction,” the title of my newest book, is not a buzzword. The education world does not need another buzzword; we have plenty as is.

I’ll confess, though, that “ambitious instruction” certainly sounds like a buzzword. I’ll also confess that the term was derived in the jargony annals of academia; it also has the sort of vagary and specificity that sounds like yet another (gulp) buzzword. (You have my complete forgiveness if you’re raising an eyebrow right now.)

But as I detail in the book, and as I have been examining over the last several years in my work on instructional leadership, ambitious instruction is a tangible, knowable thing. It is both a knowledge base and performance level of teaching that are qualitatively different than good teaching; it is, as I like to say, more a state of being than a concept. We need more of that, for the learning standards that have been front and center over the last 10 years of education may tell us what kids need to know and be able to do, but nowhere do they speak of what teachers need to know to recognize that in student performance—and know how to bring it out of them. Hence the need for a vision of ambitious instruction: to define how to help students to perform up to that ambitious standard.

As I write in the book, at the broadest level such instruction entails:

These are not, to be clear, ideas divorced from what we already know (and sometimes love): deeper learning, disciplinary learning, teacher-as-coach/guide—they’re all in there. But with ambitious instruction, the stakes and expectations are higher in practice; to teach ambitiously, teachers would need to understand what counts as a rigorous task, what students can do on said rigorous tasks, and what teaching to provide to support them through difficulties that come with doing it.

So it isn’t called “ambitious instruction” for nothing.

One thing that stands out in the above definition, and has throughout recent research on content area instruction, is the intertwined relationship between task and teaching. You’re familiar, surely, with the old adage “task predicts performance”; it is also true, though, that the teaching that supports the task also predicts student comprehension and outcome. By way of a limited example, consider the following two tasks, both drawn from middle school mathematics classrooms:

From a content/conceptual perspective, the two tasks are not prompting dramatically different knowledge or know-how (algebra, folks!); there are, however, rather tangible differences in how students are being asked to perform this understanding. Task #2, you recognize as the status quo: it focuses on a limited, uni-disciplinary demonstration of correctness. Task #1, you recognize for its potential: it’s asking for students to analyze, argue, and assess; multiple methods, literacies, and discourse opportunities could be at play.

Emphasis on “could” here: it’s not a given or slam dunk lesson simply because the task potential (a concept we discuss in the book) is there. Take another look: you can see potential missed learning opportunities abound in facilitation of the task, from failing to prompt and support lengthy verbal written responses on Part B of the task to not leveraging the mathematical “work” in Part A to enable conversation among students, particularly on Part C. In fact, a responsive teacher could potentially elevate the instructional rigor of Task #2 through collective problem solving and prompting extended response just as easily as a teacher could dumb down the academic rigor of Task #1 in ways that flatten the chance to argue mathematically.

Ambitious instruction is possible from every teacher

And that’s the other thing about it: ambitious instruction is complex; ambitious instruction is hard. But the silver lining here is that ambitious instruction is teachable. The term itself comes from efforts by teacher educators, including myself, to not only name and enact what the best teaching is, but also ensure even novice teachers could take them up—in other words, we were specifically looking for how they can be learned, not just what they are. (Short answer: lots of structured practice and feedback. Lots and lots of feedback.) Think of it as a professional development equation: the moves that matter and how to make the moves, essentially.

Recall our definition of ambitious instruction from earlier, though, and you’ll note that such moves are only part of the complex dance that ensures teaching and learning with rigor; there is still the matter of “what counts as a rigorous task” and “what students can do on said rigorous tasks.”

Matters of curriculum design and student learning are conspicuously absent from such constructs, and that’s where the book comes in: its emphasis is on how to set kids up for success through rich tasks, and how to sustain that success through thoughtful design and facilitating of learning. There’s a term for that in there, an anti-buzzword: the facilitation of blatant curiosity. Think inquiry and argumentation; think intrigue. Think ambitiously about what your students could do; think ambitiously about what your students could think.

Which also makes for a convenient segue: in part II of this blog post, we’ll consider ambitious instruction’s tandem—ambitious learning—and what it entails for how we think about what we ask students to do in our classrooms. 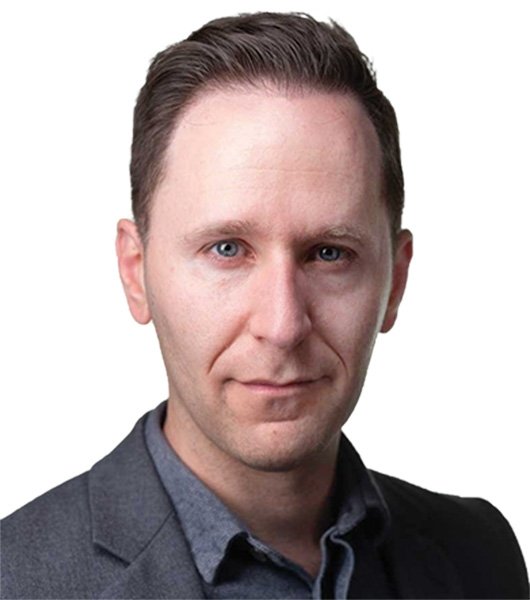 Effective RTI in the classroom can seem overwhelming at times. As a current school leader, practitioner, and associate for Solution Tree, I am afforded the wonderful opportunity to work with educators, schools, and districts around the country. I am continually inspired by the commitment of the educators I work with and their sincere desire to improve. As I’ve visited schools and districts, I’ve noticed a common comment that occasionally arises while intervening in the classroom, which I’d like to refer to as the “if only” dilemma. END_OF_DOCUMENT_TOKEN_TO_BE_REPLACED