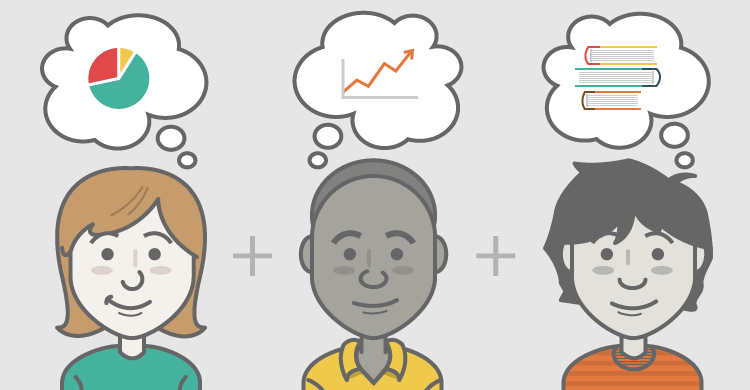 In my previous post, I described a new program that I and others are working on to improve the performance of students who struggled last year as freshmen, and I said I would report back when we had useful data. We now have such data, and there are some positive early indications.

As a brief reminder, 20 students have been paired with a peer mentor, and each pair is on a team with two other pairs. (Seven additional spots were kept open so that we could add students after the year began. We now have 27 students paired with 27 mentors, and they are arranged into nine teams.) The teams meet a minimum of two times per week during special tutorial periods, three times when possible. In addition to basic academic tutoring, we are developing tools designed to help with life skills such as organization, habit formation, goal setting and tracking, and other foundational attributes.

In keeping with good PLC practice, our program is data driven. We have compared the performance of our students at the six-week mark of this year to their performance last year, and we have found some encouraging results. Of the 20 students originally enrolled in the program, 18 are doing measurably better. One is doing roughly the same, and one has actually regressed. Some highlights:

We by no means view these results as definitive. The first few weeks of the year are obviously much different than the rest, and we fully expect things to get more challenging as the semester progresses. And even to the extent that the students have improved, many are still below our minimum performance goals.

But both by what can be measured and by what can be sensed—attitude, engagement, demeanor, and so on—we are encouraged. The students are quite open about the connectedness they feel to one another, and at their request, we are planning a cookout and outdoor movie night at the home of one of our members who has a large home in the country. As long as the spirit remains good, there is reason to believe we may be able to sustain these early gains over time.

I will provide additional updates as time goes on.

Many of us have been members of a dysfunctional PLC, and unfortunately, some think it is advisable to wait for someone to address the dysfunctionalities. There is an abundance of issues that can plague a PLC. The best strategy is to identify the issue with clarity, own the issue with sincerity, and develop a plan with tenacity. Even if you are not in a titled “leadership” position there is a lot you can do. Let’s first address a few common issues and then consider a self-help guide to determine the next steps. END_OF_DOCUMENT_TOKEN_TO_BE_REPLACED