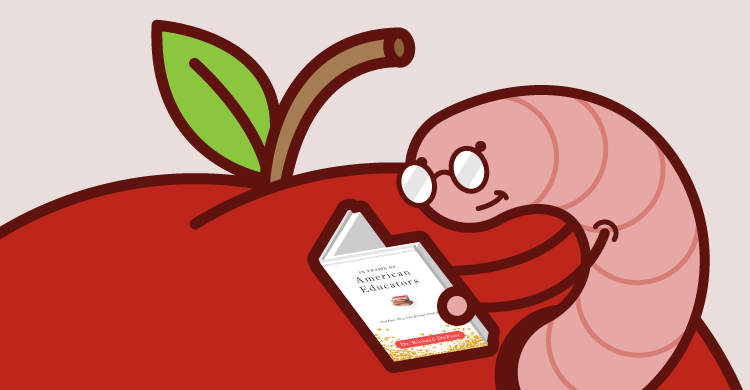 Let’s start with a simple truth: As a full-time classroom teacher, I have spent the better part of the past fifteen years wrestling with failed policies, frustrated by the suggestion that practitioners are to blame for everything that is wrong with American schools, and paralyzed, waiting for meaningful change that never seems to come.

In many ways, I’ve lost all hope for education in America.

It’s just plain hard to believe that our public schools can survive in the face of coordinated efforts on the part of politicians intent on “bending public education to their awe or breaking it all to pieces” or on the part of businesses intent on discrediting public schools so that they can step in, offer “solutions,” and pocket huge sums of cold hard cash in the process. For the former, our schools are nothing more than ideological battlegrounds. For the latter, our schools are nothing more than continuing revenue streams.

That’s why one of the highlights of the last few months for me was receiving an advance copy of In Praise of American Educators, Rick DuFour’s newest book. In Praise of American Educators opens with a careful study of the common myths being advanced by critics of public schooling in America.

Convinced that the United States fails when compared to international peers?  In Praise readers learn that when controlled for factors like poverty that have a direct impact on student and school success, American students and teachers actually outperform every nation on Earth by a wide margin.

Believe that charter schools and vouchers are improving outcomes for struggling students?  In Praise readers learn that fewer than two out of every ten charter schools produce student achievement results that are superior to those produced by public schools.

Certain that testing is the best way to hold teachers and schools accountable?  In Praise readers learn that national exams like the NAEP testing program and value-added models for measuring the impact that individual teachers have on students have been resoundingly criticized as unreliable by national organizations including the National Research Council, the National Center for Education and the Economy and  the American Statistical Association.

DuFour’s central argument in Part One of In Praise is that our schools are actually succeeding in spite of our nation’s commitment to #edpolicies and practices that are badly flawed.  “The federal and state policies that dominate the school reform agenda in the United States,” he writes, “are ill conceived, based on faulty assumptions, and have no record of improving student achievement anywhere in the world” (p. 102).

In Part Two of In Praise, DuFour argues that the power to improve our public schools rests in the hearts and minds of classroom teachers who are willing to work together in service of student learning.

He begins by spotlighting the steps that successful nations like Singapore and Finland have taken to make collaborative reflection between teachers the norm rather than the exception to the rule. Then, he documents the extensive research done both within and beyond education on the positive impact that collaboration has on outcomes in knowledge-driven workplaces. Finally, he outlines the Professional Learning Community at Work model — a structure for collaborative reflection that he has polished and refined for decades and that has a proven track record of success in schools that cross the demographic and socioeconomic spectrum.

In Praise of American Educators is a “no excuses” book at heart.

DuFour provides clear and convincing evidence that our schools aren’t the failures that vocal critics claim that they are. But DuFour also provides clear and convincing evidence that educators are more powerful than we give ourselves credit for. Instead of surrendering in the face of flawed policies, DuFour believes that we should step forward together to accept responsibility for ensuring the success of every child that rolls through our classroom doors regardless of circumstance.

“It is certainly true,” DuFour writes, “that part of the problem in American education is that we have taken good people – teachers and principals – and put them in a bad system that was never intended to help all students learn. It is equally certain, however, that those same teachers and principals can and must play a critical role in changing that system” (p. 225).

The Power of PLCs 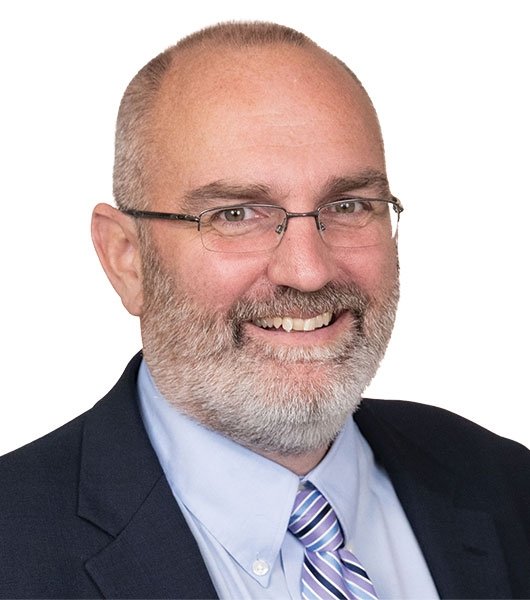 William M. Ferriter is a sixth-grade science teacher in a professional learning community near Raleigh, North Carolina. A National Board Certified Teacher, he has designed professional development courses for educators nationwide. 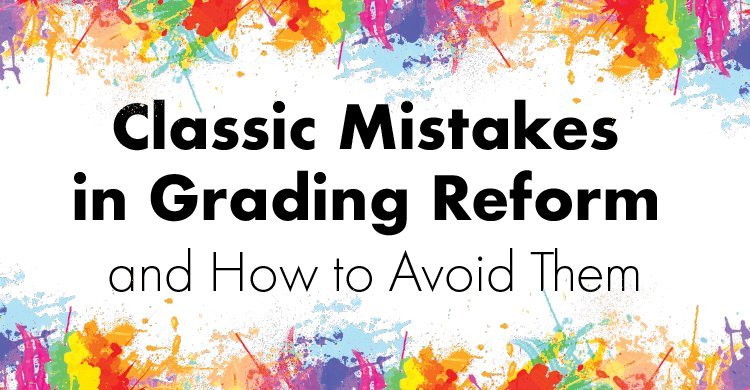 Based on Get Set, Go!

Many grading reform efforts fail because reform leaders make the same classic mistakes (Guskey, 2020). Two important lessons learned from these mistakes can guide others in avoiding these errors and drastically improving the chances for success.

Lesson #1: Begin with Why, Not What

Many leaders begin grading and reporting reforms by revising the report card. They modify the report card’s content and structure and change how report card grades are determined. Some leaders simply adopt the “standards-based grading” option within their computerized grading program and then launch efforts to inform students, teachers, parents and families, school leaders, and board members of the changes they plan to implement. END_OF_DOCUMENT_TOKEN_TO_BE_REPLACED