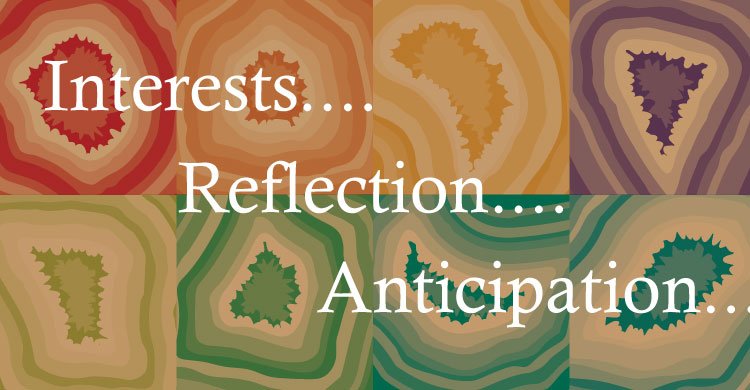 Recently waiting in a security line at the airport, between consulting opportunities with two districts in two states, I noticed a young couple and their two children behind me, both boys under the age of three. The scene is familiar. Stroller, backpacks, carry-ons, and this mom’s “purse” filled with toys, snacks, and tissues. The three-year-old boy had that typical energy and anticipation as he prepared to fly on an airplane. He, like so many other children, wasn’t super keen on waiting in line, though.

So many times I have seen this scene and the variety of parenting techniques used to keep the child “in line.” Whether the parent was bribing, scolding, yelling, pleading, reasoning—the goal was to reduce the child’s energy in an effort not to bother the surrounding passengers. This scenario was different.

Instead, I witnessed the mom come around to her energetic son, stoop down so she was eye to eye with him, and with a smile and genuine enthusiasm, she said, “Remember how when we were hiking, we found several rocks? Some were rough, some smooth, and some glistening with what seemed like diamonds? Remember, too, how we talked about how when some rocks are broken open, they have amazing smooth and colorful insides?” The boy listened intently and nodded expressively.

The mother went on to say, “How would you like to see one of those? I have one in my bag.”

From then on, the boy was enthusiastically anticipating the other side of the line. She could have scolded him. She could have used that rock as a bribe: “If you wait patiently, then I will show you the rock.” Instead, she reached into his interests, engaged him in reflection, and created anticipation for the future. I saw this mom later on the other side of security and made a point to tell her I really admired her approach to her son. She gave credit to her own mom and the way she was raised. I wonder if that grandmother knows how rare this approach is.

Applying This Approach in Formal Education

I spent the next several minutes waiting to board my plane, considering how we can learn so much from the way this mother engaged her son when we are working with both students and teachers. How often do we try to change behavior through less-than-effective means? For this young boy, his energy is a natural and authentic aspect of who he is, especially at this age. His mom used that to both help him get through a time that could have been difficult for him but also to help those around him who might not appreciate the age and energy.

The next day, I found myself in a professional learning session with a team of secondary English teachers. Prior to the start of our time together, two of the high school English teachers (we’ll call them Missy and Tony) were quick to share with me frustrations they were feeling toward their colleague (let’s call him Jared) who seemed resistant to so many of the strategies they were trying to employ.

“He won’t get on board with what we have been working on. He keeps doing what he has always done.” “Jared doesn’t trust the kids with choice reading.” I could hear the disdain toward Jared in their voices. I could see that the three of them were not a team. I could see and feel the division between Missy and Tony, with Jared always on the outside. I wondered how much of his seeming resistance had more to do with his place on this “team” than with deeply rooted beliefs about how students learn. I tried to steer their complaints into actions they could take to grow their team into a healthy one, to work toward a mindset of positive presupposition, and to embrace each other’s strengths. It wasn’t working … yet!

When Jared joined us—late—I watched as the two rolled their eyes at each other and sighed. I remember thinking, Jared’s identity is being shaped by the impatience of his teammates. Who knows why he is late to our learning? None of his teammates welcomed him or asked him if everything was OK.

Throughout the day, I channeled the rock-loving mom and her son and worked diligently to listen in to Jared’s comments and to hear where he found energy and enthusiasm. I heard him passionately say, “I want to be sure kids are actually reading, and the only way I know how to know for sure is by giving them multiple-choice tests on the books they claim to read.”

Ah! This had been a huge point of conflict in the team. I heard the passion in his voice. But the passion wasn’t in catching students not reading; it was sincerely in ensuring they do read. He cares!

Missy and Tony had jumped into trying the principles and strategies we had been learning about related to adolescent engagement. They were quick to toss the mind-numbing multiple-choice tests—most kids hated them anyway—and implement an idea we had discussed where students have choice in sharing what they gleaned from their independent-reading books and through teacher conferencing.

Missy and Tony assumed their resistant teammate, Jared, would never change from what he had always done. Jared just wasn’t yet convinced there were ways to check for students reading and comprehending outside of the computer-administered reading checks. By the end of the day, however, Jared was enthusiastic about trying new ways of holding students accountable for reading—not through multiple-choice tests but through authentic discussion, conferring, and multimodal book sharing.

It was important for this team to refocus on those first questions driving collaborative teams: “What is it we want our students to learn? How will we know if each student is learning” (DuFour, DuFour, Eaker, and Many, 2010, p. 119). By focusing on the team’s shared goal—getting kids to actually read—they were all open to exploring multiple research-based approaches to achieving it.

Sometimes we get preoccupied on the frustrating aspects of the journey (long security lines, resistant colleagues) and lose sight of the endgame (airplane ride, student engagement). Coming back to these driving questions proved effective for this team.

I also believe we created a similar anticipation as was created with the boy who wouldn’t get to see his rock until he waited and waited in a not-so-fun security line. This team will also have to wait. They will wait and see what happens as they try conferring and experiencing the multiple ways students will show what they got out of their books. I believe when they see the energy and enthusiasm from their students, it will mirror the three-year-old’s excitement as he finally got to glimpse inside his mom’s purse to discover the treasured rock.

About the guest author:

Jennifer McCarty Plucker received her doctorate in educational leadership with research focused on adolescent engagement/motivation and accelerated literacy growth. Her research has been recognized in ASCD’s Educational Leadership, by the International Reading Association, and the Southern Regional Education Board’s High Schools that Work.

Not too long ago, I was asked to write a piece about how leaders and teams can determine if they really are working in an accountable professional learning community. This is a real issue, as possibly the biggest roadblock to helping all students learn at higher levels and doing the work of a PLC is when an organization gets caught in “PLC Lite.” PLC Lite is defined by Dr. Richard DuFour and Dr. Douglas Reeves as “when educators rename their traditional faculty or department meetings as PLC meetings, engage in book studies that result in no action, or devote collaborative time to topics that have no effect on student achievement—all in the name of the PLC process” (DuFour and Reeves, 2016, p. 69). END_OF_DOCUMENT_TOKEN_TO_BE_REPLACED