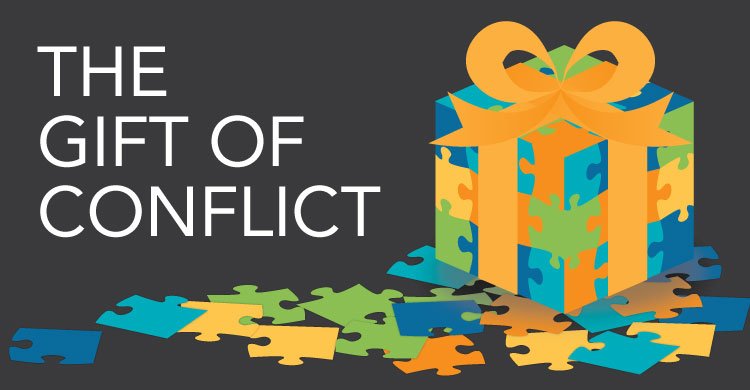 Based on the book Inside PLCs, this is part three in a series on real-world implementations of professional learning communities. To view all posts, see the Inside PLCs blog series.

Several years ago, I was on a call with a group of very nervous South Dakota-based school administrators as I prepared for a two-day training session on the implementation of the PLC model in their school district.

“The staff isn’t getting along at all. They are arguing, finding fault, and picking on one another. Two teachers cried last week and want to stop leaning about the PLC process altogether.”

I asked several other questions, getting some additional details about the kinds of conflicts they were having. Then, I asked the most important question of all: “Remind me again, how long has your school been implementing the PLC model?” The answer: “Six months.”

Slowly, letting their own answer sink in, I spoke up again. “So, your school has been working for decades in a highly isolated fashion. By your own admission, you have been working in a very traditional, top-down atmosphere wherein very little collaboration and meaningful professional conversation or learning takes place.” No one disputed, and I continued. “And after decades of working like this, you have made the decision as a district to upend this old approach, in favor of PLCs—a system where working interdependently isn’t a nicety, it’s a solemn expectation. A new system where, instead of being owned by a bureaucracy, they are given a chance to own their professional practice. They also are expected to own each other’s results.”

Like a good teacher, I let those words sink in, and there was certain silence on the other end. I went on.

“This is an entirely new way of working. And while we can profess the obvious and logical benefits, it’s still a departure from the past. It’s a departure from a system where working alone was the norm, and as lonely as it may sound, it’s what’s familiar. Let’s be honest. Our old systems rewarded conformity. The old system didn’t relish or encourage the courageous deconstruction of our old ways. Our current system was built to make sure that teachers remained isolated and traditions were maintained.”

Feeling like they were engaged, I continued. “Let me put it in a different way: if your school district were a family and this family hadn’t talked to one another in a meaningful way in two or three decades … and suddenly we put that same family in a room and got them talking, what do you think would happen?”

My tone was direct but still light, so there was some quiet giggling at my suggestion. Finally, someone spoke up. “Tears. There would be tears.” More laughter emerged, including from me.

“Tears indeed,” I followed. “And rightfully so. Being a family and living together requires an ongoing dialogue. And most of our traditional schools just don’t allow that in a deeply connected and meaningful way. So, by introducing PLCs, you are bringing what’s healthy and emotionally cathartic to a system that’s needed that ability to connect for … ever.”

This district came to understand that the PLC process didn’t eliminate conflict. Instead, it created the necessity to talk, and it resulted in some long-standing disconnects to be addressed and resolved. And we say to this, bravo.

Humans were arguably meant to live, love, and work in tribes or groups (Reason, 2010). And the best way forward is to struggle and learn—together. The PLC process gives us a healthy, organized, and balanced way of managing disagreements and disconnects, hopefully without being disagreeable.

Does this mean that leaders should encourage conflict in their PLCs? No. In fact, we believe that conflict is a sign of a disconnect that needs to be addressed (Reason, 2014). And we believe that conflict needs to quickly be transformed into an organized debate or discussion. Teams within a PLC rely on team norms, where parameters are established such as “we debate ideas, not each other,” or “we will agree to disagree, but we won’t be disagreeable,” or “differences of opinion are welcomed and encouraged. We don’t see differences of opinion as an attack.” So, we are suggesting that conflict is a signal that a growth opportunity is just around the corner. How many times have you had a conflict with a friend or even someone you love, only to grow closer to them after that conflict is addressed in just the right way? The PLC process will bring disconnects and disagreements to light. It will also give teams the venue to address them in a way that yields the most important outcomes of all (DuFour & Reason, 2015): growth, learning, and the emergence of better results!

If you are implementing the PLC process and tears or conflict emerge, that might very well be a sign that deep levels of emotion are being accessed and some old wounds are being addressed. And that might very well be the first step toward your PLC family getting close, getting real, and then getting really strategic about the PLC process and the results you can achieve.

Read the next post in the series on combining hard work with happiness for PLC success.

Reason, C. (2010). Leading a learning organization: The science of working with others. Bloomington, IN: Solution Tree Press.

Not too long ago, I was asked to write a piece about how leaders and teams can determine if they really are working in an accountable professional learning community. This is a real issue, as possibly the biggest roadblock to helping all students learn at higher levels and doing the work of a PLC is when an organization gets caught in “PLC Lite.” PLC Lite is defined by Dr. Richard DuFour and Dr. Douglas Reeves as “when educators rename their traditional faculty or department meetings as PLC meetings, engage in book studies that result in no action, or devote collaborative time to topics that have no effect on student achievement—all in the name of the PLC process” (DuFour and Reeves, 2016, p. 69). END_OF_DOCUMENT_TOKEN_TO_BE_REPLACED