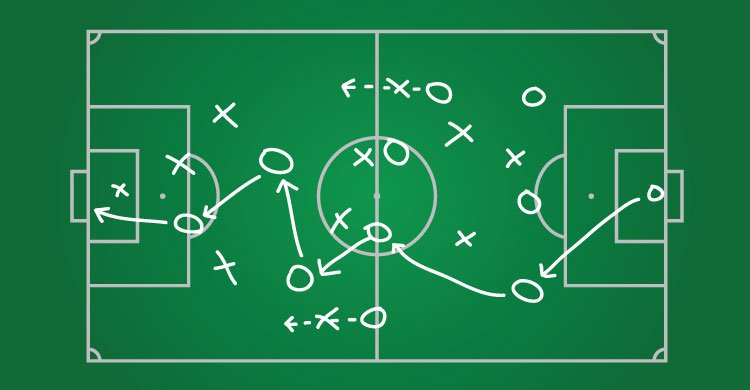 I was recently on a flight with the New Zealand Football Team as they were traveling to Washington, D.C. to play the United States. It was a regional jet, so basically it was all of them and then me. I’m sure the flight attendant assumed that I was their water boy.

Most of the players were seated behind me and I was up front with the coaches. The coach next to me was reviewing video (old school jargon = studying film) from the game the previous day (they had just lost to Mexico).

I observed him pause, play, slow motion, play, fast motion, play, pause, and take notes. It was fascinating to see the amount of focus dedicated to reviewing past performance. The copious notes that were taken to be transformed into specific, valuable, and timely (it had to be – they had a game the next day) feedback.

It caused me to reflect on our reflective practices as teachers and how we often plow full steam ahead without the ability to step outside of ourselves to observe what’s really going on. “Why are my students behind? Why do they get it now? Why do I spend so much time doing ___ ?” We spend lots of time doing “stuff.” Constantly reacting to the urgent. Besides getting caught up in the urgent stuff that doesn’t matter, we also get caught up the other trap, the “talk.”

What is the talk? It’s the new jargon words, our new passions, and ideas. Yes, we need these as fuel for innovation and drive to move forward, but not at the expense of the will to act on the important. Collaboration is changing the face of planning in education. Sometimes I wonder if the pendulum has swung so far on the other side, that we do so much talking, there isn’t any quality time together to plan for action and then truly act. Talk can distract us from doing. Only the work (not the urgent stuff) translates to doing. There is a time for visioning and strategizing, but in the end, only action counts.

How do we transform our passion into committed goals? How do we grow as a profession together, while honoring our own backgrounds, experiences, and internal wiring? How do we stop reacting to the urgent and start proactively executing the important? By studying film together. When studying film, you don’t hear the crowd or the coaches yelling. It’s muted. You’re just honed in to specific actions and moves. What worked? What didn’t? What do I do differently going forward? When studying film, you don’t care about the new shiny helmets or the quality of turf. You’re looking at the plays that count. The plays that get a win. The plays where students win.

Many of us have been members of a dysfunctional PLC, and unfortunately, some think it is advisable to wait for someone to address the dysfunctionalities. There is an abundance of issues that can plague a PLC. The best strategy is to identify the issue with clarity, own the issue with sincerity, and develop a plan with tenacity. Even if you are not in a titled “leadership” position there is a lot you can do. Let’s first address a few common issues and then consider a self-help guide to determine the next steps. END_OF_DOCUMENT_TOKEN_TO_BE_REPLACED