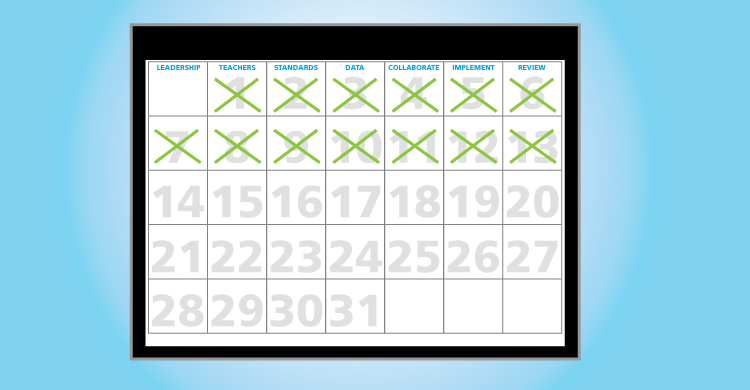 It happened again today. For the third time in three months, I witnessed another great plan by an excellent school leadership team become destroyed by community backlash. The backlash in all three of these instances did not come from a noisy band of rubes intent on disrupting the educational system. The opponents were people who cared about students as much as the administrators and teachers did, and they felt left out and alienated by the changes that had been implemented. The lesson from these cases is not that change is impossible, but rather than it is difficult. John Kotter, Michael Fullan, and many others have provided using frameworks for instituting effective systemic change, but before you even start down this road, please consider three rules for beginning the process of change.

First, be clear about what will not change. For example, if you are considering a move to standards-based report cards, please first reassure parents that their secondary students will still have a transcript for college admission, as well as letter grades and academic honors. As long as grades are FAST (fair, accurate, specific, and timely) then it’s possible to use letter grades in a standards-based system. If you’re changing the schedule, be clear that the bus routes will remain the same. If you’re changing assessments, be clear that your commitment to teaching excellence and high standards will remain the same. Be clear about what will not change.

Second, walk the talk. If you want to implement a system of formative assessments for students, that’s terrific. But administrators and educators must also be willing to engage in reflection on their own practice, assessing the extent to which their collaborative meetings are effective in achieving their goals. If we expect students to make progress between the first of the year and the end, then teachers and leaders must also be able to demonstrate that they too are willing to monitor their progress.

Third, shift rapidly from external data (this change worked somewhere else) to internal data (this change is working here). Small changes, such as early final exams, abolishing the use of the average, and changing to a 43,2,1,0 grading system, can yield very significant short-term improvements in student results. Don’t wait for the end of the year to evaluate success. You can do so within the first few weeks of the next semester.

The change literature is full of advice for educational leaders, but these are the three keys to make change successful in your school: identify what will not change, walk the talk, and shift to internal data of success.

Not too long ago, I was asked to write a piece about how leaders and teams can determine if they really are working in an accountable professional learning community. This is a real issue, as possibly the biggest roadblock to helping all students learn at higher levels and doing the work of a PLC is when an organization gets caught in “PLC Lite.” PLC Lite is defined by Dr. Richard DuFour and Dr. Douglas Reeves as “when educators rename their traditional faculty or department meetings as PLC meetings, engage in book studies that result in no action, or devote collaborative time to topics that have no effect on student achievement—all in the name of the PLC process” (DuFour and Reeves, 2016, p. 69). END_OF_DOCUMENT_TOKEN_TO_BE_REPLACED