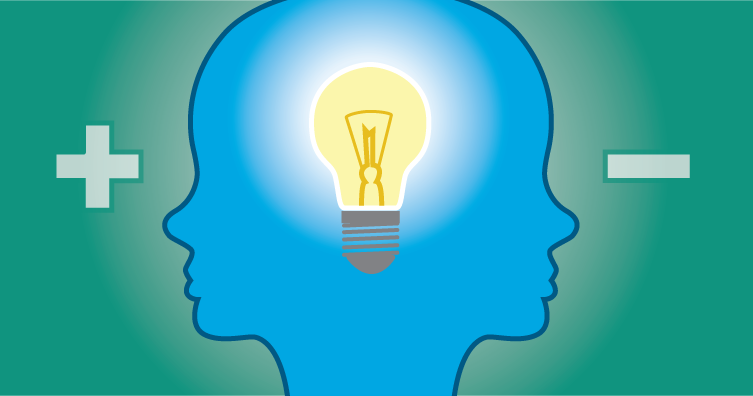 Thanks to Ken Robinson’s writing (most recently, Finding Your Element, 2013) and 30.5 million YouTube hits (How Schools Kill Creativity), many educators have heard the argument that creativity is a trait that can be nurtured or destroyed, particularly based upon the willingness of people to take risks and learn from failure. The ways in which we evaluate students, teachers, and administrators actively discourage risk-taking and hence reduce the opportunity for creative output. I find the relentless teacher bashing, cheap laugh lines, and broad generalizations in the video a bit tiresome. Moreover, encouraging students and teachers to be more creative is unhelpful without some very specific support.

Nevertheless, I must take note of recent evidence that supports Robinson’s basic thesis – that creativity among young people is declining. This downward trend was well documented by Professor Kyung Hee Kim of the College of William and Mary after she examined data over twenty years from more than 300,000 students. Most recently, this trend was directly reflected in a stark reduction in the entrepreneurial ambitions of people under thirty. Ruth Simon and Carelainn Barr reported on January 2, 2015, that “The share of people under age 30 who own private businesses has reached a 24-year-low, according to new data, underscoring financial challenges and a low tolerance for risk among young Americans.”

It’s not entirely clear that schools are to blame for this. Rather one must recognize that the shock of the biggest economic decline since the Great Depression caused today’s students and recent graduates to witness their parents’ retirement funds lose half their value in 2008-2009, with many families occupying homes that have lost significant value. While the economy surely has improved since then, with unemployment at the lowest levels in more than a decade, the economic crisis left an indelible mark on a generation and probably reduced their tolerance for risk and failure – essential ingredients in creativity and entrepreneurship.

So what do we do now to restore an environment of appropriate risk-taking and creativity in schools and among young entrepreneurs? First, actively encourage “learning failures” in which teachers and students experiment with new ideas, such as innovative student engagement practices and alternative grading policies. “What do we do if an experiment fails?” a client asked me recently. The answer is that unexpected results are not failures if those results are shared widely and used for continuous improvement. Failure comes from concealment of results and the punishment of risk-taking. One method for promoting “learning failures” is the instructional Science Fair (see Reframing Teacher Leadership, ASCD, 2008, for examples). Teams of teachers present simple three-panel displays that show the challenge, the intervention, and the results.

Second, celebrate disciplinary learning. Too much of the rhetoric surrounding creativity creates a divide between disciplinary learning (the proverbial box) and creativity (outside the box). But scholars including R. Keith Sawyer (Explaining Creativity: The Science of Human Innovation, 2nd ed. 2012, one of the most comprehensive summaries of creativity research since the ground-breaking work of Mihaly Csikszentmihalyi) and Howard Gardner note that exceptional degrees of creativity can take place within the boundaries of academic disciplines. Indeed, math, science, history, and engineering are fields that have clear rules but also celebrate creative breakthroughs. They do not belong at the opposite end of the creative continuum for music, art, and literature.

Third, require collaboration – both modeling by teachers and active practice by students. The words “require” and “creativity” rarely appear in the same sentence. But consider the idea that creativity is not a mysterious gift of the Muses but a skill, like dancing and playing the piano. Both include elements of artistic interpretation, but they also include disciplinary fundamentals of steps and notes. Similarly, an essential fundamental for creativity is collaboration. The “lone genius” myth has been widely dispelled, but we have failed to replace it with a conscientious effort to help students learn to collaborate. Small wonder, as students rarely have the opportunity to observe collaboration among their teachers and administrators. In a recent Marshall Memo summary, Nancy Frey and Douglas Fisher, writing in the January 2015 issue of Principal Leadership, quoted a high school student as saying, “I feel like my teachers don’t ever talk to each other. Do they even know what I do when I’m not right in front of them?” It’s a fair question, and one that deserves an answer from every educator and administrator who values collaboration and creativity among students. If we expect students to collaborate effectively, then we must require it, practice it, assess it, and systematically improve the collaborative efforts of both students and adults.

It won’t take another 30 million YouTube hits to convince us that creativity and risk taking are important. The hard part is putting specific ideas into action. Stay tuned for more of these ideas in the weeks ahead at the ChangeLeaders blog.

Effective RTI in the classroom can seem overwhelming at times. As a current school leader, practitioner, and associate for Solution Tree, I am afforded the wonderful opportunity to work with educators, schools, and districts around the country. I am continually inspired by the commitment of the educators I work with and their sincere desire to improve. As I’ve visited schools and districts, I’ve noticed a common comment that occasionally arises while intervening in the classroom, which I’d like to refer to as the “if only” dilemma. END_OF_DOCUMENT_TOKEN_TO_BE_REPLACED