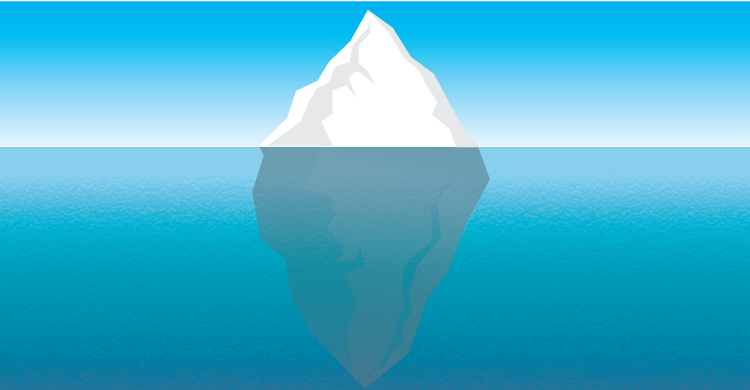 Driving Question: What is the conflict between deeper learning and the Common Core?

“How do I do this deeper learning stuff when I have the common core to deal with?”

“It’s the Common Core on my radar. When do I have time for anything else?”

“I have to worry about how to deliver the common core in my special needs classroom. Come on, now”

I get it. The reason I get it is I hear these same cries whenever I’ve started working with a faculty. They tell me that there are lots of top-down dictates still coming along under the guise of professional development. In the past few years, inordinate amounts of money have been spent to brush stroke the what and why of the Common Core, RTI, and who knows what else. Too many teachers are left confused and unprepared to do what the commanders ask.

So let’s clear the air.

The Common Core Standards are about 21st Century Learning. They aren’t about covering more material with another mandate loaded into our jammed schedule. No conflict exists. Ninety-nine percent of the standards statements call for students to use a higher order thinking skill, the heart of 21st Century Learning.

In one-third of the ELA statements, students are asked to “analyze.” Check how high up on Bloom that word sits! Not convinced yet? Go to the math standards and check how often the verb “prove” pops up. All higher order! All 21st Century critical thinking.

Although in the Common Core, there is little to command that students learn to think creatively or to collaborate in standards aligned instruction, there are tons of examples to fit with critical thinking and communication. In fact, a whole strand for speaking, writing, and listening is devoted to only one of the 4Cs, communication.

In one-third of the ELA statements, students are asked to “analyze.”

The challenge for today’s teachers, especially the novices, is that they themselves are being asked to teach something most never learned to do. They have to teach critical thinking, a term not often in the pre-ed curricula.

“Critical Thinking? What is that?” ”What does it mean to analyze, differentiate, and so on?” And then, “How do I do teach those mandated critical thinking skills in a curriculum with an accountability system that focuses on recall?”

No wonder so many are confused. What we are asked to do with those standards conflicts with the tests we are pushed to give. The standards ask us to teach for thinking and deeper learning. The tests order us to prep kids to recall surface answers.

How can we resolve this conflict?

First, we can realize that a few standards, mostly in number computation and the grammar rules, don’t need deeper understanding. Memory is perfect here.

Very simply analysis, the most dominant word in the ELA standards, simply means “to break an object or idea into its crucial parts.” If we examine the other dominant key verbs in the standards, such as distinguish, differentiate, compare, and contrast, we will see they are “next steps” in the critical thinking process. For instance, distinguish asks our students to show how one object or idea is different from another. That requires a mental action called for across the curriculum: compare and contrast. What does it mean to do each of these thinking tasks?

Third, we can recognize that having a verb’s surface definition is only a start. For deeper learning, we will have to transfer that definition into a problem. What’s the problem? Simple. For instance in ELA, we often ask the students to analyze a character. Looking at the character from different points of view helps them understand the character’s personality.

So then, what does that mean in the language of the standards? Students will have to know how to pick out and label the characteristics of Harry Potter, Hamlet, or the Big Bad Wolf. How do they do that? What do they look for in the text that tells the answer right out (“The giant was six feet tall, with a bushy red beard,” or “Harry always was worried about Hermione”).

Each character will have many characteristics. The more the merrier. Students have to look at what the character says or does, what others (including the author) say about the character, add the answers up, and then use another critical thinking skill to draw a conclusion and make sense of who the character is.

Here’s where, it gets tough. The standards don’t say, students’ conclusions have to be the same as a critic’s or the teacher’s. They ask that the student show evidence from the text that proves her point. We may question whether there is enough evidence or if the evidence is valid or correct. Note here that with analysis there is no right answer. Critics have disagreed for centuries about Hamlet’s character. More recently, they have argued about Harry Potter’s motivation, and I bet there are disagreements about the bad wolf’s breath.

Fourth, the big switch for those of us who have been prepared, prodded, and pushed to make literature—fictional or informative text—a prep for a short answer test, the new expectation is to prepare students to use critical thinking skills to develop their own understandings with evidence. Prove that Hamlet was a manic depressive. Show me Harry loved Hermione. How do you know the big bad wolf was bad?

All this means that for the new tests, it is less important for students to fill in a blank answering “in what scene?”, “what did Lady Mac Beth have on her hands?” or “What was the name of Harry’s advisor?” than it is to quote the lines in the text that provide evidence for their point of view. “What were you thinking?”

To show what they were thinking, students must show they can analyze a character from text, explain their ideas, and give proof. “Why did Alexander have such a terrible day? What evidence from the story tells you that? How do you feel about Alexander at the end of his story? Why do you think that?…and repeating back my notes doesn’t count!”

Fifth, with the standards, we must switch how we respond and assess students’ responses about their thinking. We must look to see the amount of evidence, the quality of evidence, and the conclusions drawn from that evidence that demonstrates our students can indeed analyze as called for in the standards.

We also must be ready to accept that students may draw different valid conclusions from the evidence because of different, yet valid perspectives, including cultural points of view…at least as long at they can construct a logical set of reasons for us.

Yes, It Is the Common Core

The Common Core is guilty. It is guilty of raising expectations of what it means to move from teaching for recall to teaching students how to form ideas and understand. That’s called thinking.

Few of us have been prepared for this more rigorous approach. What we need is less worry about the standards and more worry about our preparation prior to licensure, and then into our professional learning. We need the help, time, and support it will take to walk the new pathways for critical thinking so we can lead students into deeper learning, deeper understanding of the content, and deeper appreciation of what they are learning.

Ultimately, there is no conflict between teaching, the time allotted for exploring a topic, and the standards. The challenge is to upgrade teacher preparation so that we can know and do what the standards are asking us to have our students know and do.

Not too long ago, I was asked to write a piece about how leaders and teams can determine if they really are working in an accountable professional learning community. This is a real issue, as possibly the biggest roadblock to helping all students learn at higher levels and doing the work of a PLC is when an organization gets caught in “PLC Lite.” PLC Lite is defined by Dr. Richard DuFour and Dr. Douglas Reeves as “when educators rename their traditional faculty or department meetings as PLC meetings, engage in book studies that result in no action, or devote collaborative time to topics that have no effect on student achievement—all in the name of the PLC process” (DuFour and Reeves, 2016, p. 69). END_OF_DOCUMENT_TOKEN_TO_BE_REPLACED