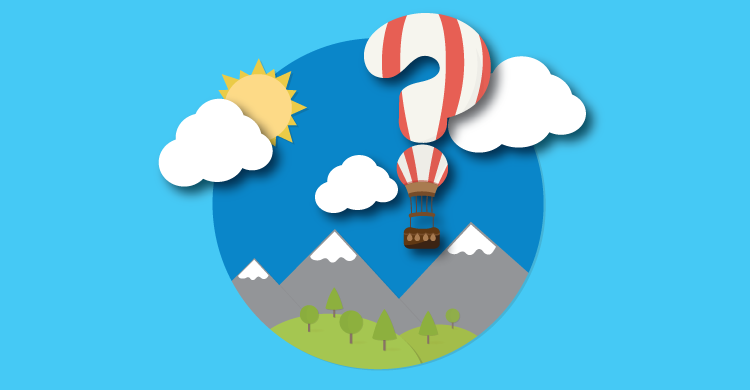 Driving Question: What happens if students learn to draw their own conclusions and do their own thinking?

New words making the rounds highlight a “student agency” and “student voice.” As usual, there are lots of ideas about what these mean. One description would have student agency mean “students select multiple choice answers.” Another would claim it is “students select a book to read on their own.” A third would say “students get to listen to the answers I give to my questions.”

Balderdash. Yes, all these examples have an element of agency and voice in them, but they fail the quality test. That test rests on the criteria that agency engages students in developing their thinking and problem solving skills, assessing the development and becoming life-long masters of these 21st Century Deeper Learning Skills.

Way back in the early days of effective teaching research, Mary Budd Rowe identified the practice of wait time. In her landmark study, a teacher asks a question, preferably a higher-order question, and then waits multiple seconds for students to make their own answers. If the questions were well structured, multiple answers and different points of view came out, especially if the teacher didn’t answer her own question first. However, multiple students answering the open-ended question was just the start of student agency.

Over the years, evidence has established that agency is much more. In today’s classroom where teachers are again being encouraged to promote critical and creative thinking, multiple evidence–based practices student agency has a move profound meaning. In the context (and sometimes limits) of the Common Core, what the very best of these practices do is take question-asking out of the mind and mouth of the teacher and empower students to ask their own questions and draw their own conclusions. In essence, the best student agency is what results when teachers prepare students to ask deep questions about the material they are studying, promote students finding the evidence to draw their own conclusions and make presentations which challenge students to defend their answers and the logical processes they called on to find their own answers.

When my children were pre-school age, my wife would chastise me for butting into her math-cooking practicum. Once when she was showing my son how to measure ingredients to make cookies, she stopped me from answering for him. When she asked questions like “Is this cup half-full or half-empty with water?” followed by “why are you saying that?” I jumped in with my own “because” answer.

“Stop answering for him. He will never learn to think if you keep giving the answers.”

“I know that. But he was stopping to think. He’s much less impulsive than you.”

My first English department chair told me the same thing. “When you ask questions, they are nice and full and open—fully round like a big balloon. Lots of ideas inside. But then keep quiet. Let the students’ have time to think.”

Over my classroom years, I worked hard to master how to let students do the thinking. I had to kill off the idea that I was the filler of their heads with the wisdom I had gathered in grad school. My job was to guide their creative and critical thinking in a “thinking studio.” Just as DaVinci taught his apprentices to paint, sculpt and invent new machines in this studio, I was charged to help my students develop their own ideas about the literature in the curriculum and how they would transfer what they learned about how to read great works to their own life-long reading habits. Yes, I wanted them to love Shakespeare and Chaucer, Angelo and Cervantes, Giovanni and Eliot. But more, I wanted them to form the habits of mind where they could ask their own questions, draw their own conclusions and defend their own ideas about the rigorous literature they would continue to discover after my classroom.

My critique teacher, Mary Potter, started my practice “on the right foot.” She helped me establish the foundation for my classroom studio with three simple questions that took all students to the heart of the student voice challenge. These questions followed her students, whether they were Sophomore Basics or Senior APs, English Language Learners or fluent English speakers. At least once a week, all of our students stopped to reflect. What did I do well? What would I do differently, given a second chance? What help do I need? Sometimes the students wrote in journals. Other times they talked in pairs and occasionally, they shared their assessments and feedback to the whole class. Only when the students completed their assessments did we give our two cents worth. Their voices assessing their own learning were both a process and an end result.

My favorite activity with 9th grade students was to take the required Odyssey and turn it into a study of life-long journeys. Rather than lecture students on the thematic connections as many of my colleagues did or ask “what questions” on a worksheet as my grandson is now doing, I followed the advice of my mentor, Stan Moore, and brainstormed student questions about the theme. (He taught me how to use Bloom’s taxonomy, and he would show students the types of higher order thinking they could do.) Ulysses’ journey was the springboard. Their questions became the essay topics that we asked them to answer even as we integrated the required grammar and sentence structure curriculum through feedback. As the unit progressed, I asked them to create their stories about a journey they had taken. In short order, they were illustrating the events. Most recently, my teacher students had extended this practice into digital story-telling, digital journals and mini-versions of a Ken Burns-like documentary, with the three little questions ending the students’ work: “What did I do well? What will I do differently? What help do I need?”

In my second high school job, I learned from a new mentor, Bill Gregory. Bill loved to facilitate in-class debates. He would start the first semester with all the desks in a classroom circle. He wrote his “big question” on the board, allowed students to discuss their ideas in two’s and three’s or write their ideas down. Then he went round robin in the circle to hear every students’ idea. There was no “Maria already said my idea.” “First,” Bill would declare, “I still want to hear how you say it; Second, I want to hear your reasons.” It didn’t take long for the students to have their reasons ready.

By the second quarter, Bill was breaking the answers into groups. Then he would pair the groups against each other. This is where he introduced formal logic so the students could learn how to defend their points of view and debate with evidence. After I shared the three questions approach, he integrated the sequence so that the students would assess their logical thinking. He always had individuals on a team write alone first and share with the group, and only then would he add his own feedback. “They need to do the speaking,” he often said, “not me.” “The person doing the most speaking is the one doing the most learning.”

One way I found it helpful to engage students in our district’s assigned reading curriculum was to use a serious theme to connect the student’s thinking about their reading. For my Freshman, journeys became the year’s theme. Poetry, novels, short stories and all writing were tied to the theme. I started the connection-making in the first quarter and scaffolded the thinking skills until students were asking their own connection questions.

One year, with an especially engaged class of seniors who were “bordering” on senior slump, a student came up with the idea of an end-of-year project that would tie together their year’s reading. The theme that year was “heroes.” The driving question was “How do I become a hero?” We read Shakespeare’s Tragedies, Malcolm X, Maya Angelo and a half-dozen others. The project called for students to answer the question by defining the term “hero” and noting the characteristics they would want in their own persons, telling why and then creating both a written essay and a multi-media art form representing their hero. The alternate expressions came in movies, sculptures, one-act plays, paintings and a news magazine which were presented to the class and other English Department faculty. Recently, a graduate student reported that her students all had responded through digital productions including a multi-media dance.

When students spend the majority of their time asking their own questions about topics that are important to them, creating and defending their own ideas about the curriculum created by their teachers, they become more actively engaged. Ironically, the more deeply they are engaged, the more engaged they become. The most engaged learning starts with instruction that develops the skills to do engaged work. These skills include being able to ask their own higher order questions, form their own conclusions from information they have gathered, develop their own reasons and produce products that communicate their insights. The more I can facilitate, guide and provide constructive feedback that encourages them to choose what and how they think and learn and how they assess the quality of their engagement in those two tasks, the closer I bring them to significant ‘student voice’ and “student choice” that will make a significant difference in their life-long learning.

(This is the fourth in Jim’s monthly series posting about Project-Based Learning, 21st Century Skills, and Deeper Learning.)

Not too long ago, I was asked to write a piece about how leaders and teams can determine if they really are working in an accountable professional learning community. This is a real issue, as possibly the biggest roadblock to helping all students learn at higher levels and doing the work of a PLC is when an organization gets caught in “PLC Lite.” PLC Lite is defined by Dr. Richard DuFour and Dr. Douglas Reeves as “when educators rename their traditional faculty or department meetings as PLC meetings, engage in book studies that result in no action, or devote collaborative time to topics that have no effect on student achievement—all in the name of the PLC process” (DuFour and Reeves, 2016, p. 69). END_OF_DOCUMENT_TOKEN_TO_BE_REPLACED