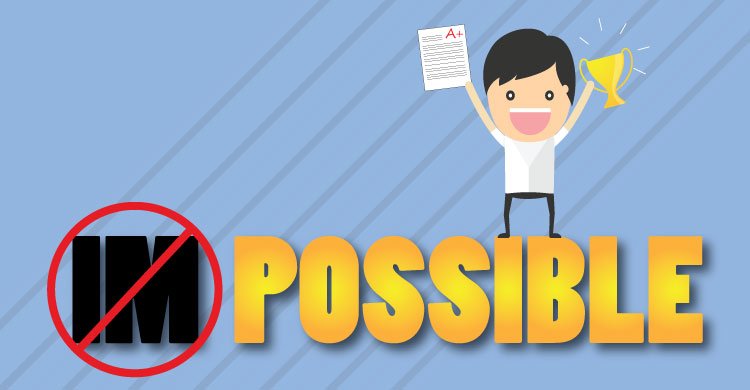 Many teachers are exasperated at the utter lack of effort put forth by some of their students. The best way to motivate these kids is to let go of the need to get or make them and instead think about how to influence them.  A salesman can’t make you buy his product and a politician can’t force you to vote for her. They have to convince you that buying a certain product or casting a vote will bring you closer to how you want your life to be. Most people want their lives to be filled with success and pleasure. There is a lesson and a challenge in this for educators when working with unmotivated kids: set them up for success and make learning enjoyable.

Too often, educators rely on well-known and overused techniques like phone calls home, time-outs, detentions, rewards, and grades. These don’t work. A zero works if you care about a grade but students who collect zeros are telling us that they don’t. Strategies that are effective with these students are designed to address the needs for connection, competence, control, and fun.

Realize that it is better to have an unproductive student present in your class than not there at all. Like a college student who audits a class but isn’t required to produce, many of your most unproductive students are learning but they may simply refuse to acknowledge this. Paradoxically, tough kids are much more likely to embrace change when they don’t feel forced to let go of the familiar. For example:

I know I hassle you a lot about not doing your work. It’s hard for me to back off because I respect you too much to expect anything less than your best, but I’ll try. I hope as you get to know me better and this class, you’ll be brave enough to take a chance. Until then, keep coming and learning.

Set students up for success

Throw obstacles in the way of failure. Let students redo, retake, and revise. Let them know they will be successful if they follow five basics:

Resist the temptation to give up

I was recently at a school conference that included Max’s language arts teacher. At one point, the teacher said, “I’m not going to spend my time with him when I have others who want to learn. He shows no effort and as long as he doesn’t disrupt the class I leave him alone.” This is the equivalent of a doctor thinking, “As long as that patient doesn’t disturb my other patients or bother me, he can stay in the office but I won’t treat him.” As frustrating as it can be to have a student repeatedly show up without interest or effort, it is our professional responsibility to never give up. They need to know they aren’t a hopeless, lost cause. For example, because some students have given up on themselves, they need to hear several times:

Max, your effort is lacking and that worries me, but what bothers me the most is that it looks like you are giving up on yourself. You are too good for that. I will not stand by and accept that and neither should you: not today, not tomorrow, not ever! Even champions need practice to get better and so do you. I expect you to do either the first three or the last three so that I can know how to help you get better.

Even the most unmotivated student will show an occasional flash of the desirable behavior. It is important to notice these moments and to get the student to notice as well. Notice but don’t lecture. For example,

Max, I really appreciate the effort you made today when you asked a question and participated in the discussion.

Give power to gain influence

Most able students who refuse to work are fulfilling their need for power. A powerful antidote is by giving them appropriate ways to feel in charge (line leader, classroom greeter, supplies collector, etc). On a daily basis, it can really help to: