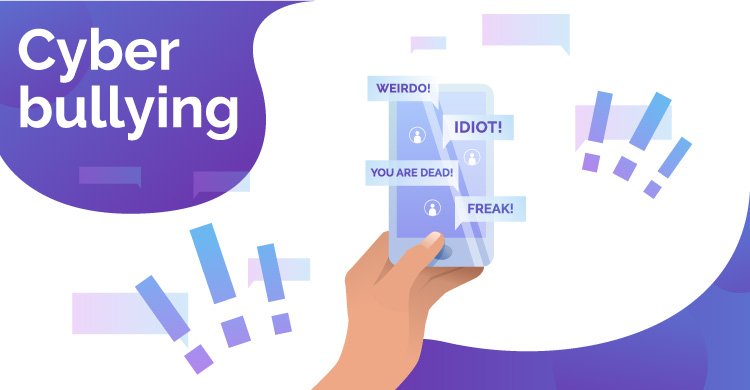 Based on Pyramid of Behavior Interventions: 7 Keys to a Positive Learning Environment

Most teenagers today have grown up never knowing a world without smartphones. The Pew Research Center reports that 95 percent of all teens currently have access to or own a smartphone, and 45 percent indicate they are online almost constantly. That leaves educators with the nearly impossible challenge of teaching those whose attentions are divided, with their thoughts wandering to their devices.

It’s a problem, and it’s everywhere

Both the volume of incidents and the inability to come up with a universal solution have left educators struggling to remedy this significant challenge. The problems with cell phone use in schools are numerous, and many of them are common to schools regardless of location. From students’ insecurity spiking as they fret about keeping up with “likes” and “shares” on social media, to teachers worrying about practical jokes gone awry or students provoking a certain response, to even more serious offenses like photographing classmates from under the restroom door and then posting the images online.

Cyberbullying appears to be on the rise among adolescents due in part to increased access to electronic devices and less online supervision, according to a recent article in the Journal of Adolescent Health (Volume 56, Issue 5, May 2015, pages 483–488).

Where does the solution lie?

The technology has rapidly outpaced our ability to come up with a simple solution, short of an outright ban of devices. And the ban is gaining steam, as evidenced by the decision made in France to ban all devices until students reach the age of 15, and then to limit their use beyond that until the student completes school. It’s up to each school to determine how to police the ban, which applies to children in preschool up to age 15 (ninth grade). Individual schools can make their own rules regarding phone use for the last three years of high school.

Principal Kamel Ait Bouali believes the decision was the right one and suggests that the atmosphere has completely changed in his school, with kids interacting with each other more and playing games on the playground. He believes that the children are a lot friendlier and more polite. This school year saw the province of Ontario also impose a ban during instructional hours. Their approach was derived from a desire to improve academic focus, as explained by former Ontario education minister Lisa Thompson, who said, “By banning cellphone use that distracts from learning, we are helping students to focus on acquiring the foundational skills they need, like reading, writing, and math.”

Some current research supports that notion. A 2015 London School of Economics and Political Science paper found that “student performance in high-stakes exams significantly increases” with a ban on mobile phones. The improvements were largely seen among the students who were normally the lowest achieving. “This suggests that restricting mobile phone use can be a low-cost policy to reduce educational inequalities,” the study found.

The Australian State of Victoria also announced a ban, and debates on the issue are taking place in Denmark, Sweden, and the United Kingdom. Victorian education minister James Merlino explained the decision as a direct response to mounting levels of cyberbullying, concerns over distractions, and schools struggling with discipline relating to students’ misuse of phones.

The question remains, though, if this approach prepares students for the realities they will face when there are no technology bans. Hierck, Coleman, and Weber (2011) in Pyramid of Behavior Interventions: 7 Keys to a Positive Learning Environment, assert that targeted social skills must be taught directly within a culture of caring and be woven into the language and events of everyday life in the school.

The model of consequence alone (in this case, banning the device) might provide immediate relief to the most deleterious of outcomes described above, but will it teach students the appropriate response for success later on in their lives beyond school?

While I am in support of consequences helping with the learning, I believe they must be paired with instruction for there to be a meaningful breakthrough or “lesson learned.” Psychologist Dr. Linda Papadopoulos suggests that “Children who are starting secondary school are going from being a big fish in a little pond to a little fish in a big pond, and they are suddenly having to find their way. On top of that, they have all these new communication tools, and kids are starting to interact online—which can be very different from the face-to-face interactions they’re used to.”

I also believe we need to enlist the support and advocacy of parents to help us help their children to both understand the power of the technology and to use it positively. An example of this occurs with younger students and the Facebook Messenger app. Messenger Kids is a free video calling and messaging app that allows children to connect with close friends and family from their handheld device.

There is a catch, however, as they can only connect with parent-approved contacts. This controlled environment still allows for group or one-on-one video calls, and does provide some additional features such as interactive masks, reactions, and sound effects. The power of the technology can still be explored, the enjoyment of the technology can still be had, and the limitations on the negative aspects can be enforced as good “tech etiquette” is being learned.

Dr. Papadopoulos supports the notion of parental support when she indicates “Unless parents take the time to outline the differences of communicating online and offline, and prepare them for how things can be misconstrued online, [students] run the risk of feeling isolated or even bullied.”

As you think about some of the challenges associated with cyberbullying, do you have the evidence that this is an “across the school” problem? Or is it localized to a grade, a gender, a small subgroup of your student population? If it’s the former, then a schoolwide approach will be needed. This systematic, schoolwide approach must be collectively owned and consistently applied throughout the school.  Staff members must agree on the levels of expectation and must also agree to embody them. Through a collaborative approach, the school learning community holds one another, and students, accountable for results. The whole school must be clear on the steps involved in teaching, reinforcing, and responding to the expectation.

If it’s the latter, then a similar approach needs to be taken with further intensive work with those not following the expectations. In both cases, data, a critical component of decision-making that educators may not typically associate with behavior must be gathered and analyzed as schools apply the cycle of continuous improvement to ensure high levels of behavior and learning for all. This is what Hierck, Coleman, and Weber describe as approaching analysis with clear questions, rather than “reading results like tea leaves.”

While it’s clear that the advances made in the world of technology do not offer simple solutions, perhaps the ultimate solution has already been in the hands of educators. As Hierck, Coleman, and Weber (2011) allude to in their book, when students feel connected to their school and a sense of community is established, there are fewer negative behaviors to deal with. Do you and your team strive to make all students feel connected to their school? That may be the first step to eradicating some of the negativity that dominates the depersonalized world of cyberspace by creating personalized connections for all students in your space.

Effective RTI in the classroom can seem overwhelming at times. As a current school leader, practitioner, and associate for Solution Tree, I am afforded the wonderful opportunity to work with educators, schools, and districts around the country. I am continually inspired by the commitment of the educators I work with and their sincere desire to improve. As I’ve visited schools and districts, I’ve noticed a common comment that occasionally arises while intervening in the classroom, which I’d like to refer to as the “if only” dilemma. END_OF_DOCUMENT_TOKEN_TO_BE_REPLACED