Based on Get Set, Go!

Many grading reform efforts fail because reform leaders make the same classic mistakes (Guskey, 2020). Two important lessons learned from these mistakes can guide others in avoiding these errors and drastically improving the chances for success.

Lesson #1: Begin with Why, Not What

Many leaders begin grading and reporting reforms by revising the report card. They modify the report card’s content and structure and change how report card grades are determined. Some leaders simply adopt the “standards-based grading” option within their computerized grading program and then launch efforts to inform students, teachers, parents and families, school leaders, and board members of the changes they plan to implement.

What these leaders fail to recognize, however, is that stakeholders’ initial concerns are not so much about what is changing but why it needs to change. Stakeholders don’t see the grading- or reporting-related problems that reformers may consider obvious. They don’t understand, for example, the reporting complications associated with percentage grades, plus and minus grades, class rank, the use of a single grade to describe students’ performance, or the misguided use of mathematical algorithms to calculate grades (Guskey, 2015). These stakeholders experienced all these aspects of grading when they were in school. They see little reason to change something that they know and believe has always worked well.

To be successful, explanations of reform initiatives must always start with why rather than what. In challenging percentage grades, for example, reformers must begin by explaining how difficult teachers find it to reliably apply a grading scale that includes 101 discrete levels of performance, two-thirds of which denote levels of failure (Guskey & Brookhart, 2019; Guskey, 2013). Discussions of class rank should begin with descriptions of the impact this process has on students and how, in many instances, it actually hurts students’ chances of admission to highly selective colleges and universities (Boccella, 2016).

In explaining the shift to multiple grades, reformers should describe how combining aspects of achievement, behavior, responsibility, and effort into a single grade makes the grade impossible to interpret and diminishes the value of grades in efforts to help students improve (Guskey, 2018). To move away from the use of mathematical algorithms in determining students’ grades, educators must show parents examples of how these mindless calculations often falsely depict what students have learned and are able to do (Guskey & Jung, 2016; Rose, 2016).

Stakeholders in the grading and reporting process are generally reasonable people who sincerely want what is best for students. They trust these practices because they see nothing wrong with them. Providing these different stakeholder groups with a sound rationale for change, a thorough explanation of why the change is important, and specific evidence to support the change can drastically improve their openness to and acceptance of reforms.

Lesson #2: Have New Traditions Ready to Replace Old Ones

Traditions have an important role in every society. They are the way we transmit customs, beliefs, or ways of acting from one generation to the next. All our traditions have some origin in the past, and they provide a sense of stability and consistency as we move forward in time. But maintaining traditions that have long outlived their purpose and usefulness can also stifle progress.

Many current grading policies and practices are based more on tradition than on evidence of effectiveness. Changing the way we grade and report student learning means challenging these traditions with the knowledge and confidence that we can do better. But challenging time-honored traditions also means disrupting the security those traditions provide. It means pushing people away from something they find comfortable and familiar and toward a place of uncertainty and anxiety.

Some reform leaders and consultants try to do this through confrontation. They describe these long-held traditions in grading as evil and indefensible. But confrontation rarely succeeds. Instead, it causes discussions of change to degenerate into battles of opposing opinions that divert attention and diminish reform efforts. Evidence indicates that to debate another’s opinions often serves only to deepen the other’s attachment to those opinions (Maeli, 2016).

To succeed in reform efforts, leaders must be sensitive to the loss of security, the intense anxiety, and the extreme discomfort that accompany abandoning established traditions. They must clearly understand the historical importance of these traditions and why they have been maintained despite the lack of substantiating evidence. Most important, leaders must be ready to offer new, evidence-based traditions to take their place.

Consider, for example, changing the traditions of calculating class rank and selecting the class valedictorian (Guskey, 2014). Many high schools rank graduating students according to their cumulative grade point average, or GPA, believing that selective colleges and universities require this information as part of the application process. But while that might have been true in the past, that requirement is not nearly as prevalent today.

A survey by Eric Hoover (2012) found that only 19 percent of colleges and universities say class rank has considerable importance in the application process, and today that percentage has dropped even further (O’Brien, 2014). Most admissions officers actually express serious skepticism about the meaningfulness of class rank (McKibben, 2017). Schools maintain the practice of calculating class rank primarily because it is a long-held tradition.

Using class rank to select the class valedictorian is particularly ironic because the term valedictorian has nothing to do with academic achievement. It comes from the Latin vale dicere, which means “to say farewell.” It is the individual selected from the graduating class to deliver a farewell address at the commencement ceremony called a valedictory.

There is nothing wrong, of course, with recognizing excellent academic performance. All educators champion the idea of acknowledging students’ outstanding scholastic achievements. Educators also want to provide students with incentives to work hard and do their very best. But ranking students based on their cumulative GPA and using that ranking to determine the class valedictorian pits students against each other to attain that singular distinction. The process often results in aggressive and sometimes bitter competition among high-achieving students to be that top-ranked individual. Gaining the honor requires not simply becoming a high achiever; it requires outdoing everyone else in the class. And sometimes the difference among these top-achieving students is as little as one-hundred-thousandth of a percent in their weighted grade point average.

In turn, we could adopt the procedures that colleges and universities use for selecting the student commencement speaker or valedictorian (Guskey, 2011). Depending on the institution, high-achieving college or university graduates might vote to determine who will represent them as valedictorian at the commencement ceremony. In some cases, the entire graduating class nominates and then votes for the person who best represents the class ideals. Sometimes, the faculty appoints the valedictorian based on a merit system that takes into account not only grades but also involvement in meaningful service projects and extracurricular activities. At some institutions, students compete in an essay contest to give the valedictory speech, while at other schools, a committee composed of students and faculty nominates students for the honor.

Would a system like this work at the high school level? It has at Wilson High School in Reading, Pennsylvania, where they made this change after hearing from past valedictorians that they felt victimized by the competition to maintain the highest GPA. Some students reported that it made high school a repressive, unpleasant experience. Under the changed policy, Wilson rewards students for academic achievement, measured against rigorous standards of excellence, instead of comparing them to their peers (Heesen, 2013). Both parents and students at Wilson High School have had an overwhelmingly positive response to the change. In describing the change, one high-achieving Wilson student said, “I feel that the new system puts the focus on your education instead of competing for a name” (Heesen, 2013). And who delivers the valedictory at the graduation ceremony? A committee made up of faculty members chooses that student, and any senior can audition. Redmond High School in Redmond, Oregon, has implemented a similar program (Tribune, 2013).

These schools succeeded in challenging long-held traditions because they focused on why issues first. They addressed stakeholders’ concerns and then implemented evidence-based alternatives that were better for students. They replaced traditions that had long outlived their usefulness with new traditions that proved better for everyone involved. They were purposeful, systematic, informed, and strategic.

Guskey, T. R. (2015). On your mark: Challenging the conventions of grading and reporting. Bloomington, IN: Solution Tree.

Guskey, T. R., & Brookhart, S. M. (Eds.). (2019). What we know about grading: What works, what doesn’t, and what’s next? Alexandria, VA: Association for Supervision and Curriculum Development.

Heesen, B. A. (2013, May 20). Wilson to drop valedictorian distinction; Latin honors system will include more seniors. Reading Eagle. Retrieved from: http://readingeagle.com/article.aspx?id=478846.

Maeli, J. (2016, March 28). The backfire effect: The more your beliefs are challenged the stronger they become. [Web log post]. Available at: http://thepoliticalinformer.com/the-backfire-effect. 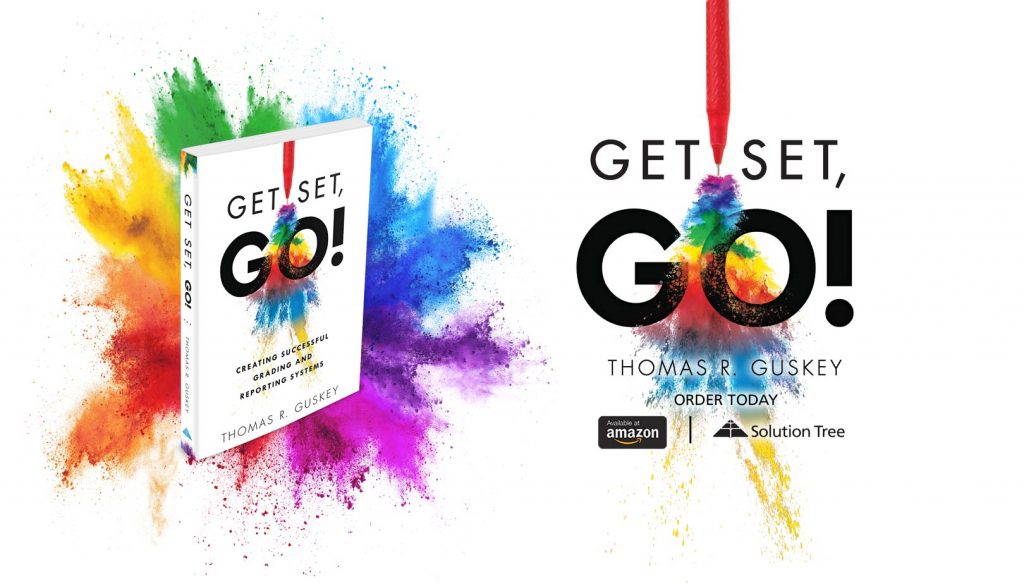