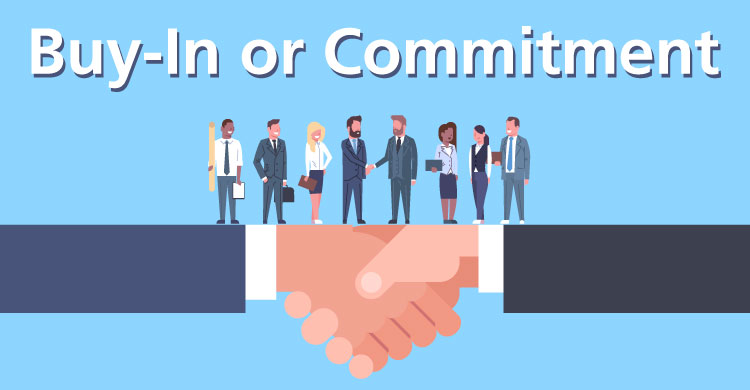 This entry by W. Richard Smith and Paula Rogers is the first of a two-part series exploring collective staff responsibility, commitments in team work, and the organizational structures of leadership and intervention teams.

In writing our recently published book, Best Practices at Tier 3, Elementary, we explored and worked to provide practical steps in the implementation of Tier 3 of response to intervention (RTI) at the elementary level.

As we conducted our research and began to formulate the book, we repeatedly saw the absolute need for school staff to move from “buy-in” to establishing collective commitments. Commitment from a staff was evidenced over and over as a critical element to the successful implementation and sustaining of both a professional learning community (PLC) and all tiers of RTI.

The fundamental purpose of the RTI at Work™ and PLC at Work® processes, and the reason why a school would seek more effective intervention practices, is to ensure all students learn at high levels. Most schools find that their faculty will support a broadly stated goal of “learning for all.” But when this expectation is then applied to the most at-risk students in the school, children in need of Tier 3 support, individual commitments to the process will begin to falter.

All too often, we found that the efforts of schools to collaborate and focus on student learning landed on the mechanics of collaboration rather than on fundamental changes to school culture. PLC and RTI implementation often focused on logistics, without a shift in educators’ fundamental beliefs, collective commitments, and collective responsibility.

The two types of school reform

In his book, Transforming School Culture, Anthony Muhammad (2009, 2018) describes two types of school reform efforts: (1) technical change and (2) cultural change. Technical change focuses on structural and operational issues, such as the school’s master schedule, instructional materials, and school policies. Schools must make the cultural changes necessary to develop collective beliefs, ownership, and responsibility for all students’ learning before student learning outcomes improve. Substantial cultural change must precede technical change. Muhammad (2009) argues that technical changes “are definitely necessary to affect an improvement in student performance, but they produce very few positive results when used by people who do not believe in the intended outcome of the change” (p. 15).

There is a significant body of research that supports the premise that when there is a group of teachers committed to ensuring higher levels of learning, and who believe it is their responsibility to ensure that all students learn, achievement levels rise. The structural and operational changes we make as we implement PLCs and RTI run the risk of having little to no impact without a schoolwide, shared belief and commitment that all students can and will learn.

In visiting schools, we often heard that a staff had achieved “buy-in.” We agree that engaging a staff and gaining their buy-in to be open-minded and willing to explore the need to ensure learning for all is a worthy one, but we cannot stop there and hope they commit. Buy-in is more about agreeing to support something or accepting a decision you may or may not be a part of. Consider buy-in as a sales transaction. The essence of buy-in is based on the premise of “I sell the idea to you, and you either buy or do not buy.” It subtly indicates that staff members can also stop buying in. Buy-in does not rise to the strength of reaching “commitment.” Commitment signals that you’re all-in, you have sworn to support it, and you’re willing to do whatever it takes to make it happen.

We also have been guilty of using the term buy-in instead of commitment. We would ask that we cognitively work to strike the term buy-in from our vernacular. There is a significant and dangerous pitfall that develops when we settle on buy-in.

There is a significant difference between buy-in and commitment. Consider the commitments you have made in your own life. Foremost, the commitment to marriage is a great example of the power of commitment. Making a commitment allows us to endure, pull together, and continually focus on the path we have charted. Commitment requires that we continually revisit those critical promises while on the journey together. I am not sure if many couples would stay together if they started their marriage with a buy-in rather than a commitment.

Commitment is morally grounded in its essence. It is more of a whole-being act from both the head and heart to support or join a movement. For most schools, the difference between the two might make all the difference in their ability to successfully sustain their ongoing efforts to educate all students month after month and year after year.

The larger purpose of commitments

Commitment to a decision also signals more than just agreement. To be committed, staff members must have clarity about what they are committing to and why. True commitment means that team members have a clear “reason for being.” Becky DuFour would often say, “Clarity precedes competence.” This is never more evident than when a staff has collectively committed themselves to ensuring all students learn at high levels. A school staff that commits evidences the following.

These schools speak the same language and work to support one another through their collaborative efforts as they pursue their vision of what their school must be to meet the needs of all students. Their collective commitment transforms their work to a moral imperative that is understood and guides their work together. A staff that is committed will focus their time and efforts on students’ needs and collectively work to solve issues and seek and act upon new strategies and approaches.

What leads a staff to become committed? Consider some of these factors that will help lead to staff commitment.

A willingness to acknowledge the efforts of individuals, teams, and the school. People respond to positive recognition of their efforts and are more willing to invest their efforts when they know they will be recognized.

Trust and respect are critical and must be developed and nurtured. Trust and respect are rooted in integrity. Leaders must be willing to follow through and support the collective decisions, commitments, and promises that are established. Leaders must reflect the values that have been established by the staff. Mistrust develops when someone claims to embrace the established values but acts in a manner at odds with them. Trust grows as leaders consistently act in alignment with the values they say matter. Respect is exemplified when leaders demonstrate a willingness to listen to ideas, interact with staff, and work collaboratively. Trust and respect must be earned, which takes the consistency of word and action in every instance.

Collective responsibility to hold one another accountable for the core values established at the school is critical to reinforce the commitments that have been established. The school and staff must reflect the core values that have been delineated. The school that professes a certain set of values but acts in ways that clearly demonstrate that those values do not really matter brings about widespread disillusionment in staff members who are trying to uphold those values.  It’s just like a leader professing the importance of certain values but acting in a manner at odds with those values.

Any new initiative undertaken by the school must have a clear, understandable purpose. An initiative without a reason is simply more stuff to do. In a worst-case scenario, if the new initiative appears to be implemented just to make the leaders look good, there will be no commitment, trust, or respect by those who are expected to implement it. School leaders must clearly convey the purpose of the new initiative through thoughtful exploration by a leadership team made up of staff members. People become engaged and committed when they believe in what they are doing and feel that a new initiative will make a difference.

Six years ago, a veteran principal shared his deeply held belief that due to the true commitment of his school’s staff, continued implementation of the PLC culture and focus on RTI would continue long after his departure. True to his words, six years following his departure, the school has continued to shine as an example of PLC and RTI implementation, with multiple state and national honors and student learning data that leads all other schools in the area. There is a constant waiting list of parents wanting to transfer their children to the school. This veteran principal recently shared with me that it was never him. He followed up by saying, “It is the collective commitment of the staff to the established mission, vision, values, and goals that made this a great school for kids.” His point and the school’s continued success point to the need to move away from buy-in and work to establish collective commitment.

Not too long ago, I was asked to write a piece about how leaders and teams can determine if they really are working in an accountable professional learning community. This is a real issue, as possibly the biggest roadblock to helping all students learn at higher levels and doing the work of a PLC is when an organization gets caught in “PLC Lite.” PLC Lite is defined by Dr. Richard DuFour and Dr. Douglas Reeves as “when educators rename their traditional faculty or department meetings as PLC meetings, engage in book studies that result in no action, or devote collaborative time to topics that have no effect on student achievement—all in the name of the PLC process” (DuFour and Reeves, 2016, p. 69). END_OF_DOCUMENT_TOKEN_TO_BE_REPLACED