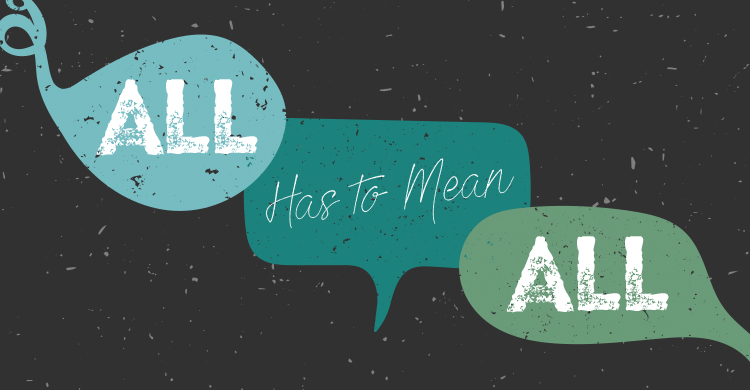 We were speaking to a team of teachers about their classroom recently, and this is what they described.

During the planning meeting, the team talked about the lesson plan, identified essentials that every student had to master, and talked about a consistent way that those essentials would be assessed.

They looked over the video in order to evaluate the previous day’s lesson. They took notes and talked about a plan for the entire team to get better, and then they looked at each student’s strengths and areas where they needed additional time and targeted support, skill by skill, which would be addressed during the next lesson.

Each educator in the room talked about his or her responsibility in working with all learners that the team of adults was responsible for, but identified areas when the students broke into stations (“rotations”) in which they would work on certain skills for each student.

All of the team members were transparent regarding their own strengths, and openly shared areas in which they did not feel comfortable teaching and/or demonstrating a certain skill. No problem, as their colleagues would demonstrate/model for them, so they could learn to teach the skill better.

For example: A basketball coach who played mostly point guard in college deferred to a coach who had extensive experience in working with forwards and centers, and would learn from that colleague.

The team of coaches collectively created the practice (in this case, lesson plan), but each was comfortable using his or her own coaching style during practice. The essential team goals during practice would be worked on, but each player would be supported to work to improve their skills, whatever they were.

For example: The team goal of shooting 80 percent from the free throw line was not being met because a player consistently shot only 60 percent. To address this skill weakness, this player would shoot free throws with the entire team during the whole-team portion of practice and then spend two of the five “skill station” rotations working on free throws. One of the skill stations had three other players working with one coach, and one of the stations had the player working one-on-one with a coach who specialized in free-throw shooting and was great at building relationships with players.

They changed the ratio and the expertise of the individual giving the instruction to make his practice/instruction more intense—exactly like Buffum, Mattos, and Malone suggest in their book Taking Action (2018) by sharing RTI at Work™ practices.

After writing a plan for each player, the coaches were set for the next day’s practice.

A Plan for Every Player

At the beginning of practice, the coaches addressed all players on the practice plan and what was essential for all players to know and be able to do over the next two hours. They modeled certain skills like a chest pass, “boxing out,” correct shooting form, defensive stances, and more. They had the entire team practice together, while coaches gave immediate feedback to those players that they could observe needed correction.

The team goal for all players was to shoot 50 percent from the field and 80 percent from the free throw line in any drill, scrimmage, or set rotation throughout the practice. No matter who the player was, their goal was to meet this standard or bar of proficiency. For players who consistently met or achieved beyond these shooting goals, the coaches (with the player and coach) set a realistic goal for that player and a timeline to achieve it. If a player was already an 85 percent free throw shooter, they may have set a new goal of 90 percent, etc.

During practice, the coaches broke the players into stations, rotating depending on the different skills that were identified and needed more work. All players received instruction in the essentials, but some players received more targeted time and support at certain stations because they were experiencing more difficulty at certain basketball skills.

On top of that, some players were pulled aside to have even more targeted work one-on-one with a coach. In essence, getting what all players received, plus two more additional small-group intensive sessions on skills that they were yet to meet proficiency or expectations.

Throughout the videotaped practice, coaches gave constant feedback to players and took notes to reflect on later to prepare for the next practice. This also would help them reflect on their own coaching/teaching, which they would talk to each other about in order to enhance this cycle of continuous improvement.

One other thing was expected throughout practice—that every player was pushed a little out of their comfort zone in order for true growth to take place. It was also expected that an air of positivity and support would be present, with players supporting and encouraging each other to get better. The “language of can’t” was never used, but rather the language of “keep at it, you are not there yet.” With passion, appropriate practice on the targeted skills, and persistence, all players can master the skills.

Every player did not get there at the same time or progress at the same rate, but the “bar,” as Ken Williams and Tom Hierck assert in their book, Starting a Movement (2015), was the bar for all.

Winning As a Team

The positive culture of this group of coaches/teachers was framed from their unwavering belief in the ability of every player/student that they had the capacity to achieve and perform at high levels, and it was their job to make it happen for every player. This teacher team was heavily influenced by reading the book Time for Change (2019) by Anthony Muhammad and Luis Cruz.

Instead of looking out the window and hoping for better players, they said the players are the ones we have, and we have to get them there. Their motto was taken from great educator Lillie Jessie: “Mirror check, baby!”

The goal, as Bob shares in his breakout session “Friday Night In America,” is for the coaching staff/collaborative team to create lots of winners on the team, and prepare them for success, not just on the court but also in life. Bob says that successful coaches set high expectations for their players—for their teams. Their goal is to ensure that all players perform at the highest levels.

What was also evident during practice was the culture of positive recognition and celebration from player to player, coach to player, and even player to coach! This was like fuel for the engine of the team.

At the beginning, we would have bet that most of you thought this was a school team, most likely in elementary school, because it described a workshop lesson model format with whole-group instruction, then station or center rotations.

What do you think now? Do these questions sound familiar?

These are the four critical questions of learning in the Professional Learning Communities at Work model. If you reread what we just wrote, you may be able to align each of the questions to how the coaches approached the learning for each player.

Have you witnessed a team of sports coaches recently? They are some of the best teachers in the world!

Williams, K. C., & Hierck, T. (2015). Starting a Movement: Building Culture from the Inside Out in Professional Learning Communities. Bloomington, IN: Solution Tree Press.