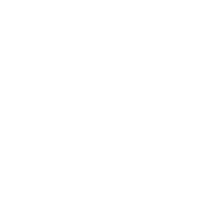 Susannah O’Bara is area superintendent for the Denton Independent School District in Texas. She has been an elementary school administrator for more than 15 years.

Susannah O’Bara is area superintendent for the Denton Independent School District in Texas. She previously served as principal of Mildred M. Hawk Elementary School for nine years. Susannah has been an elementary administrator for more than 15 years. Under her leadership, Hawk was the first school in the Denton ISD to implement standards-based grading in grades K–5. She subsequently helped implement standards-based grading practices in all Denton ISD elementary schools.

During her tenure as principal of Hawk, the school was named a Texas Education Agency Exemplary School five consecutive years. The school was also honored by the Texas State Comptroller’s Office for performing at a higher level than comparable campuses while spending fewer taxpayer dollars. Susannah has been named Denton ISD Principal of the Year and was a finalist for the 2013 Texas National Distinguished Principal Award.

As a result of the innovative practices implemented at Hawk, Susannah has been featured on TV news and radio in the Dallas-Fort Worth Metroplex. She has presented at state administrator conferences and has hosted dozens of visitors from districts all over Texas.

Assessment Center experts have proven success in developing and implementing sustainable assessment practices that garner hope through achievement. Work with them to create assessment systems that provide accurate, meaningful, and actionable information to drive student learning.