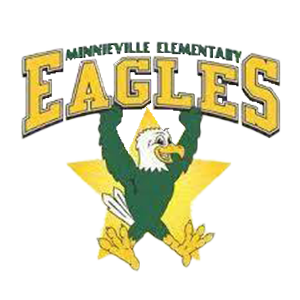 When former principal Nathaniel Provencio started his tenure at Minnieville Elementary, a school that had served the Woodbridge, Virginia, community for more than 40 years, several large challenges awaited him and his staff. In addition to providing an academically challenging curriculum to a highly diverse, high second-language-learner population, Minnieville would also have to adapt to changing benchmark mandates and assessments from the state.

“We were thrown into a situation where every reason not to be successful was there, whether it be poverty, immigrant families, or a disengaged community,” Provencio said. “We had to do something, because a program alone would not fix it.”

Provencio found direction in a book left by a principal before him, Learning by Doing: A Handbook for Professional Learning Communities at Work®, which detailed how a PLC framework could establish effective teaching methods, curriculum development, and assessment strategies specific to his district.

Minnieville’s PLC process took off after Provencio took his leadership team to Richmond, Virginia, for a PLC at Work® Institute with Dr. Richard DuFour and Rebecca DuFour. The institute inspired his staff to form a PLC, working to ensure that every student at Minnieville was provided the best first instruction each and every day.

Minnieville’s PLC framework took shape with a system of tiered interventions for both academic and behavioral concerns. Teachers were assembled into teams at each grade level, then empowered to utilize the PLC process by setting norms, identifying goals, and creating and sharing resources. The staff also collectively shared ownership of student successes and challenges, and they collaborated on creative scheduling to ensure daily time for extensions and tiered interventions.

Parents and families were invited to participate in the PLC process, strengthening the relationship of the entire learning community. Minnieville provided those families who were new to the United States classes about the American education system, as well as English courses through a language learning company.

Provencio says that these families, who were not accustomed to having a direct relationship with their school, now have a sense of pride in working with Minnieville.

“We need the parents’ input, because we need to make sure parents grow with us,” Provencio said. “Students come and go, but their parents will stay with them.” 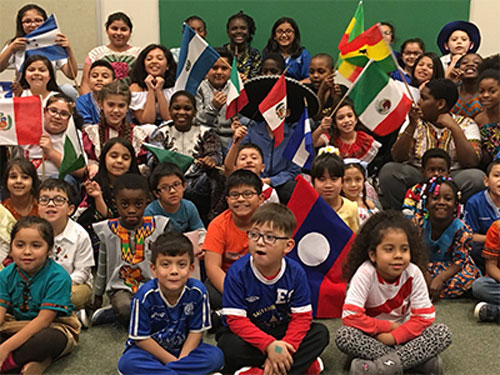 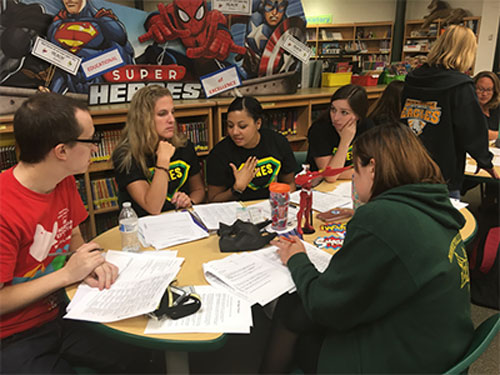 Collaboration is a key part of what makes Minnieville successful. 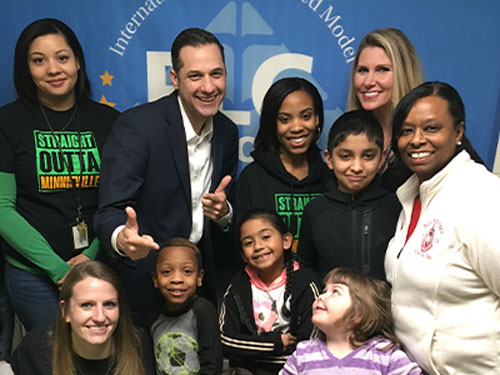 Provencio says the PLC processes at Minnieville have paid off greatly, allowing the school to continuously raise student achievement while addressing the specific needs of its diverse learning community.

Today, Minnieville students boast a 96 percent passing rate in both language arts and mathematics. Approximately 20 to 25 percent of its K–5 students receive gifted education or advanced lessons. And when as few as 2 percent of kindergarteners arriving at Minnieville have attended any preschool—and thus, have no reading readiness—Provencio says the PLC process and focus on formative assessment ensures that 90 to 100 percent of them are ready for first-grade literacy by the end of their first school year.

“Keeping things simple, systematic, and doing the right work has really been huge for us,” Provencio said. “We’ve learned that we cannot be successful without a highly engaged community.”

Percentage of Students Meeting or Exceeding Proficiency in Grade 5

WHY PLC AT WORK®?

Professional learning communities (PLCs) are schools that empower educators to work collaboratively in recurring cycles of collective inquiry and action research to achieve better results for the students they serve.

Learn more about PLC at Work®